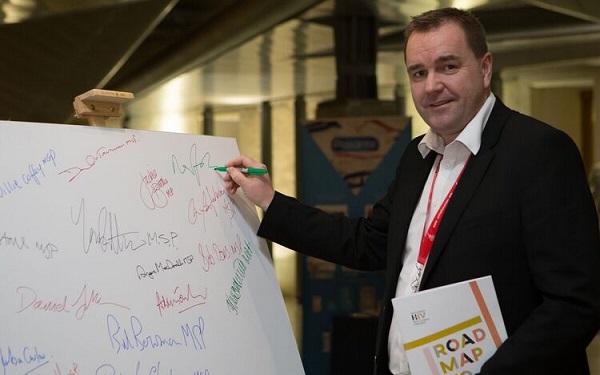 Ahead of World AIDS Day on December 1 third sector organisations along with people living with and affected by HIV came together to launch Scotland’s first HIV Anti-Stigma Strategy.

“Stigma is still a huge issue for people living with HIV in Scotland. It is one of the biggest barriers to testing, can stop people from accessing treatment and support. Often people fear telling family, friends and partners their status which can lead to isolation and mental health problems.

“By working together and taking a strong position on addressing stigma, inequality and social exclusion, we can make real different to the lives of people living with HIV.”

“Scotland has all the right tools to reach zero new HIV infections. To achieve this reality, we need a collaborative effort bringing people from a range of communities, organisations and sectors to address stigma. It’s fantastic to see MSPs supporting the strategy and committing to helping Scotland reach zero HIV stigma.”

About HIV in Scotland

 PrEP is an HIV prevention measure where people who do not have HIV use medication to protect themselves from getting HIV. Scotland led the way by allowing PrEP on the NHS, expanding their prevention options and contributing to the global mission against HIV.