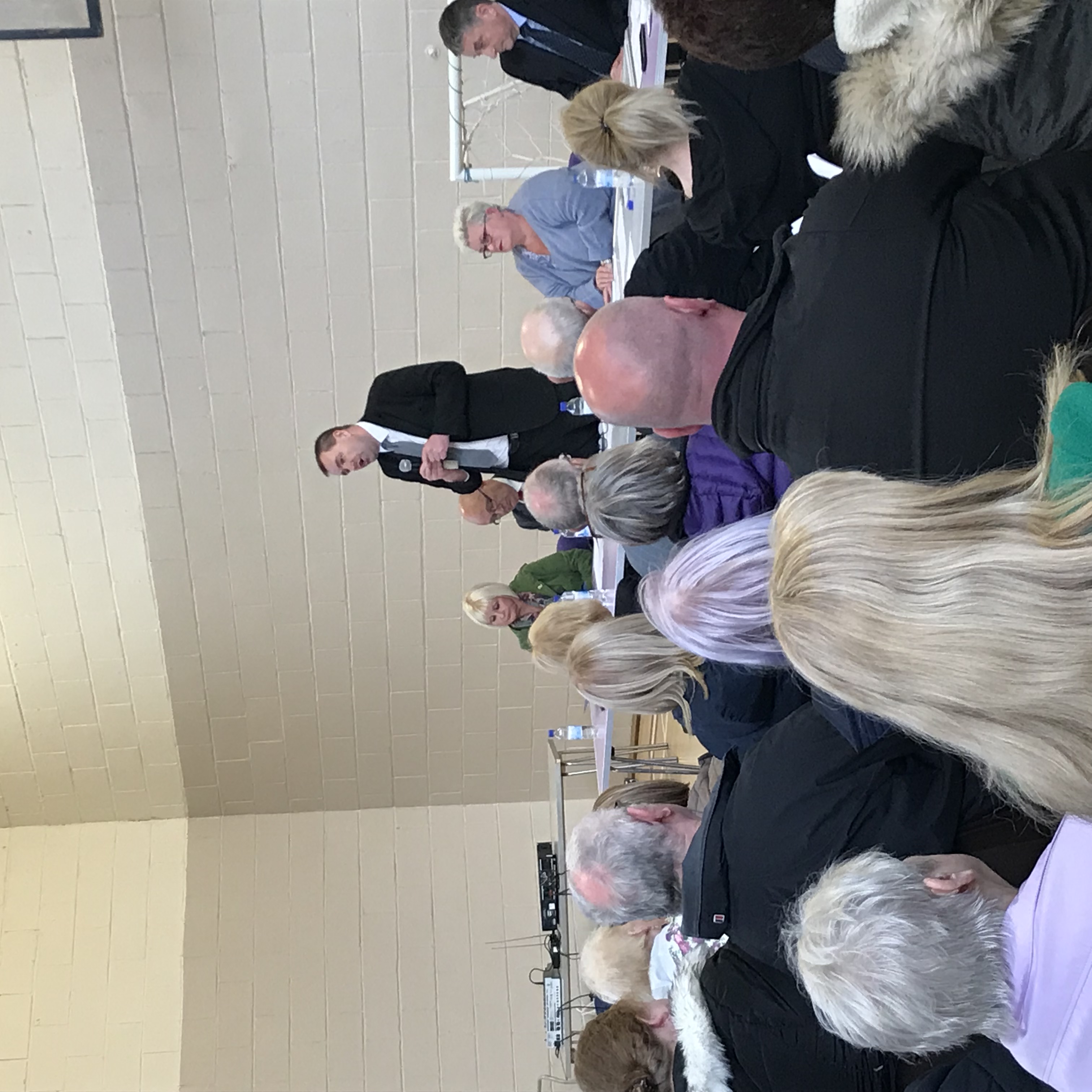 Residents from the small village of Stoneyburn came out in huge numbers to a public meeting organised by the community council on Tuesday night.

300 residents, representing 1 in 7 of the population, came out to voice their concerns about the proposal to end GP provision at the local health centre.

In recent months all of the GPs at the Breich Valley medical practice have resigned with zero applicants to take over. This reflects a national crisis in GP provision.

According to the Royal College of General practice Scotland is short of 856 GPs and many local surgeries can only keep their doors open with locum cover at a cost of between £450- £1800 a day.

The number of whole time equivalent GPs has fallen by 125 since 2009.

“Here we see how a nationwide crisis impacting on a local community. It is unacceptable that Stoneyburn could be left without a doctor to serve the needs of local people. The proposed change would mean that people would be forced to travel to neighbouring villages for treatment.

For those with a car this would be possible but for the elderly, people with mobility problems or those on a low income this will cause very serious problems.

The minimum bus fare for a return journey is £4.00, and £7.00 with a child. There is no footpath between the villages. If this goes ahead then for those affected the NHS no longer becomes free at the point of need. And with no GP provision the local chemist would come under threat.

Tonight the people of Stoneyburn sent a message to NHS Lothian and the Scottish Government -; go back and think again, we will not accept these proposals.”