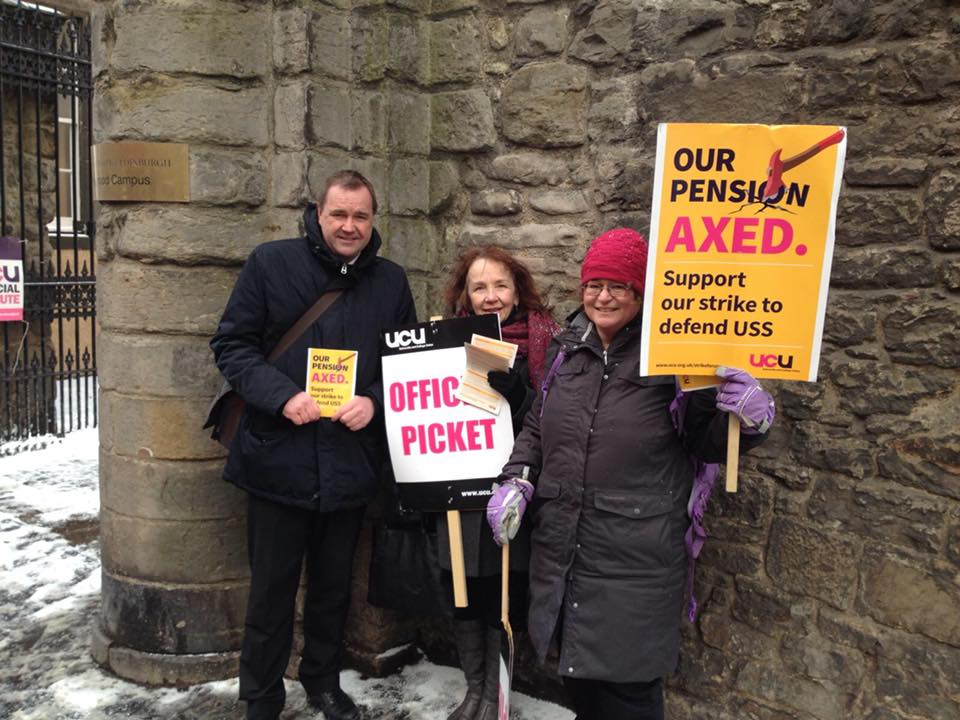 Members of the UCU (University and College Union) at universities in Scotland began walkouts on Thursday 22nd as a wave of strikes hit in a row over pensions.

The strikes will affect over 145,000 students at the universities.

The dispute centres on proposals to end the defined benefit element of the Universities Superannuation Scheme (USS) pension scheme. This would leave a typical lecturer almost £10,000 a year worse off in retirement than under the current set-up.

The Universities’ representatives – Universities UK – are seeking to push through the changes and have refused to negotiate with UCU. The union says this has left it with no alternative but to strike.

“Nobody wants to take strike action, but staff across Scotland feel they have no choice. These hardline proposals would slash staff pensions and are simply uncalled for.

“It is staggering that the universities have refused to engage with the union and a real insult to staff and to students. We hope students will continue to put pressure on the principals to get their reps back round the negotiating table.’

“Hard working university staff don’t deserve to have their pension entitlement slashed so that Universities UK can gamble on the stock market.

“I was out speaking to staff at a freezing cold picket at Edinburgh University. These are devoted teachers and researchers, and they are fearing that by the time they retire their pensions will have been cut to shreds.